Windows Update with Windows 10 & Windows Server 2016 was modified so that it could be integrated with the new UI. The old Windows Update is now gone from Control Panel (I am so sad...) and if you have to view updates, all you can do is Start -> Settings -> Update & Security -> Windows UpdateWith earlier versions of Windows, there used to be utility wuauclt but that does not work anymore since it does not update the UI which is accessed through Settings.exe.

Now, if you try typing the following command in an Administrator command prompt on Windows 10 or Windows Server 2016, nothing will happen - wuauclt /detectnowNow, in order to force check Windows Update, follow the below instructions -Open a Command Prompt with Administrator privileges. Type in usoclient StartScan You will see that Windows Update in Settings.exe will start refreshing as below - 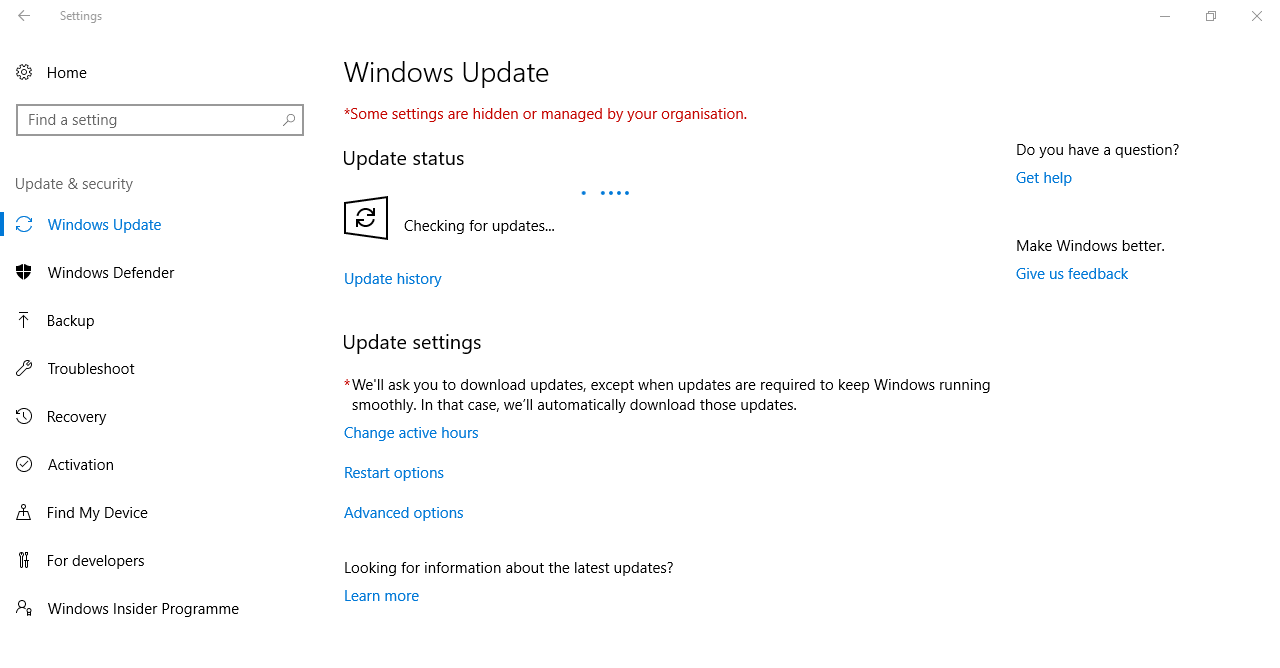 Note: USOClient.exe is located in C:\Windows\System32This will also force the client to report its status to the WSUS server (if configured).On using Sysinternal's Strings on UsoClient.exe, I found that there are more switches which can be used -StartScan Used To Start ScanStartDownload Used to Start Download of PatchesStartInstall Used to Install Downloaded PatchesRefreshSettings Refresh Settings if any changes were madeStartInteractiveScan May ask for user input and/or open dialogues to show progress or report errorsRestartDevice Restart device to finish installation of updatesScanInstallWait Combined Scan Download InstallResumeUpdate Resume Update Installation On BootNote - Attempting to run the Interactive mode if WU is configured to be solely non-Interactive, or on a non-Interactive server, should trigger an error (something along the lines of "AU Can not perform non-interactive scan if AU is interactive-only").Recently, I was working with the Windows Update API on Server 2016 and initially this caused a lot of trouble because patches were installed but were not being reported properly in the UI. I found this executable by checking out the following -C:\Windows\SoftwareDistribution\ReportingEvents.logTask Scheduler -> Microsoft -> Windows -> Update Orchestrator
0